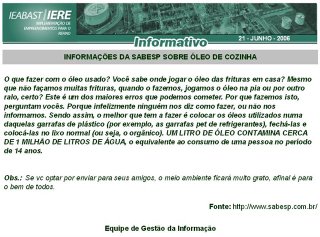 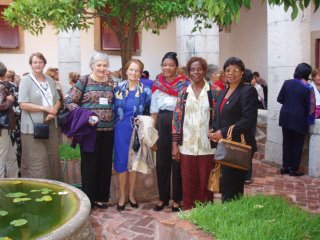 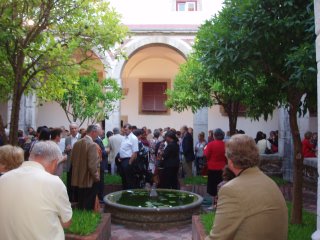 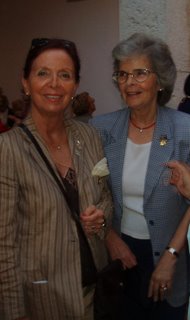 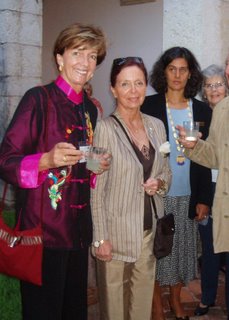 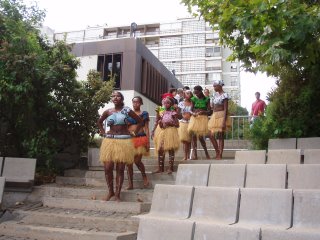 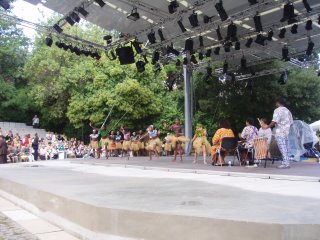 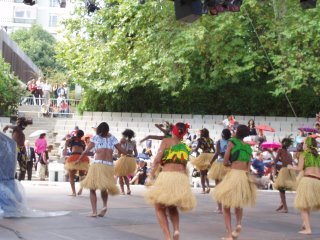 At lunch in the open air, the Soroptimists enjoyed the lively performance of the children's African dance troupe Batoto Yetu, keeping an eye on the partly cloudy skies and a hand on the umbrellas. 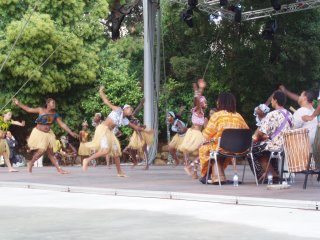 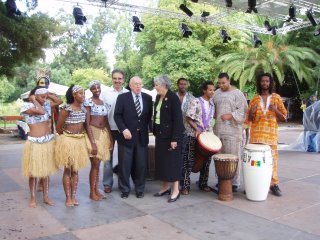 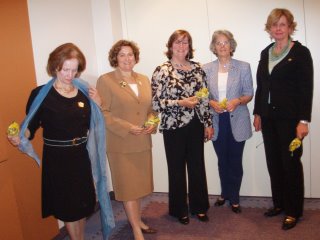 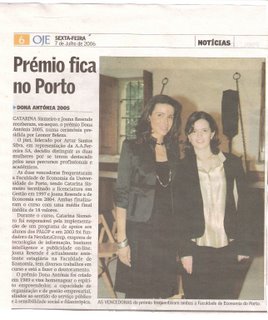 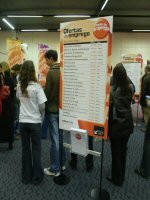 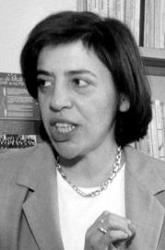 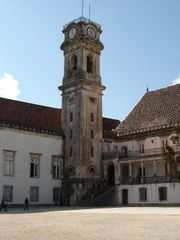 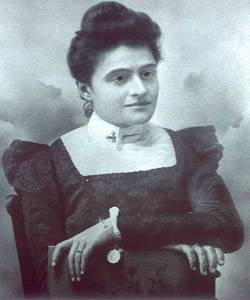 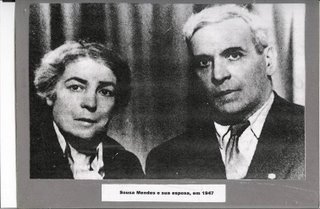 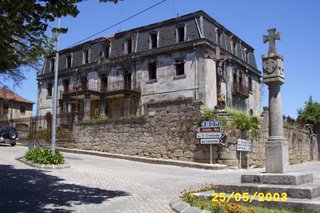 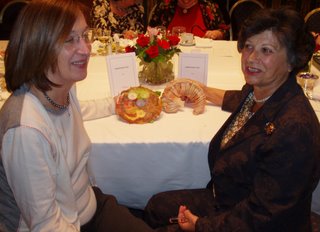 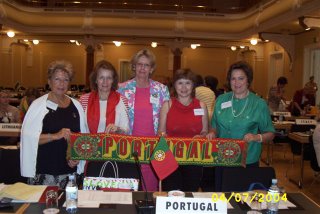 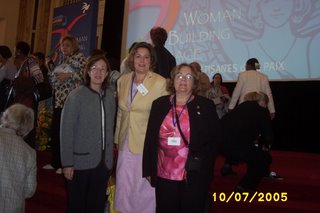 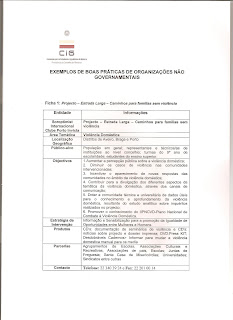